took out a loan to buy a car in 2017. Then he took out another. And then another.

In two years, the 40-year-old electrician signed up for four auto loans, each time trading in the previous car and rolling the unpaid balance into the next loan. He recently bought a $27,000 Jeep Cherokee with a $45,000 loan from

Consumers, salespeople and lenders are treating cars a lot like houses during the last financial crisis: by piling on debt to such a degree that it often exceeds the car’s value. This phenomenon—referred to as negative equity, or being underwater—can leave car owners trapped.

Some 33% of people who traded in cars to buy new ones in the first nine months of 2019 had negative equity, compared with 28% five years ago and 19% a decade ago, according to car-shopping site Edmunds. Those borrowers owed about $5,000 on average after they traded in their cars, before taking on new loans. Five years ago the average was about $4,000.

Rising car prices have exacerbated an affordability gap that is increasingly getting filled with auto debt. Easy lending standards are perpetuating the cycle, with lenders routinely making car loans with low or no down payments that can last seven years or longer.

Borrowers are responsible for paying their remaining debt even after they get rid of the vehicle tied to it. When subsequently buying another car, they can roll this old debt into a new loan. The lender that originates the new loan typically pays off the old lender, and the consumer then owes the balance from both cars to the new lender. The transactions are often encouraged by dealerships, which now make more money on arranging financing than on selling cars.

Consumer lawyers say borrowers are typically trading in their vehicles because they have to—often because their needs change, or because the vehicles have problems.

Mr. Schricker would like to get a new car because the Jeep Cherokee started having mechanical problems this year. He recently discovered the vehicle was in an accident before he bought it, a fact he said the dealership didn’t disclose. The dealership, Rotolo Motors, didn’t return requests for comment.

Mr. Schricker hired a lawyer, who is trying to resolve the issue with the dealership. He estimates that even if he sold the vehicle, he would still owe Ally up to $18,000. Ally said it couldn’t comment.

Mr. Schricker, who lives in Bethel Park, Pa., said he didn’t intend to cycle through so many vehicles. He replaced one because it had 100,000 miles and another when he went through a divorce, and he changed cars again when his family was expanding.

Car buyers who start out with negative equity, meaning they owe more than the car is worth, tend to have higher rates and higher monthly payments. 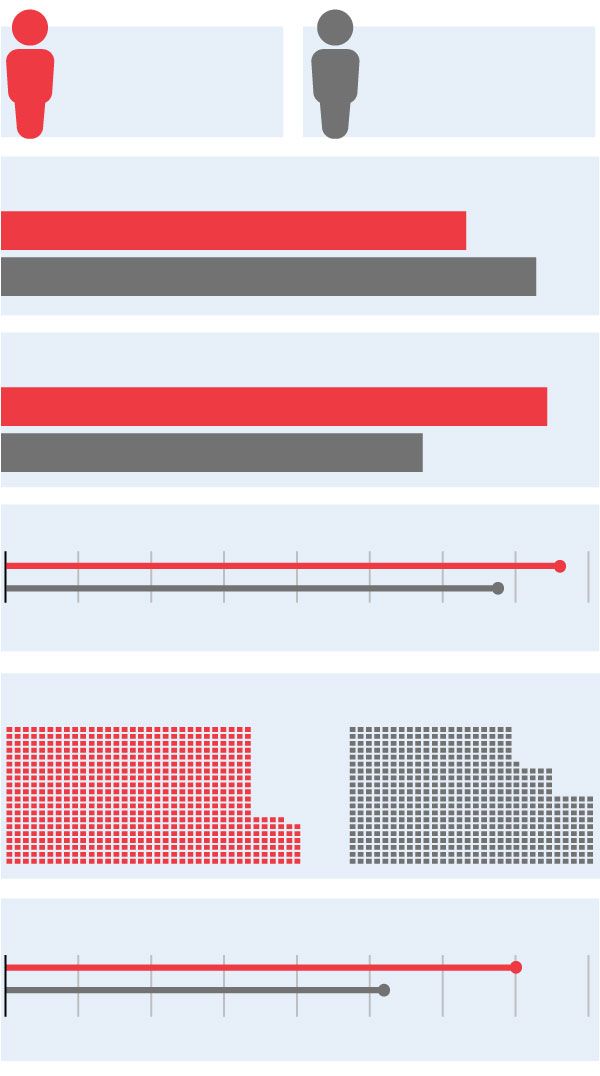 Borrowers with negative equity at the time of purchase tend to get longer loan terms, higher interest rates and higher monthly payments, according to Edmunds. The higher rates and longer repayment periods mean a smaller share of their monthly payments goes toward paying down principal in the first few years of the loan. The result for some consumers is a cycle in which each new trade-in leaves them deeper underwater.

Underwater car loans are more prevalent among subprime borrowers, according to ratings firms. That is in part because consumers with lower credit scores often don’t have the means to pay off the remaining balance on one car loan before buying their next vehicle.

If borrowers default, lenders generally repossess the cars and try to resell them, then apply that money to the unpaid balance. Often, though, that isn’t enough to cover the borrower’s unpaid balance.

in 2014. The loan included a nearly $2,200 balance she owed on her Dodge Durango after she traded it in.

For a continuing reporting project about debt in America, we’d love to hear from you. Fill out this form and tell us your story.

The Chevy broke down in 2017 shortly after Ms. Finley took it for an oil change and she couldn’t afford the repairs. She says that Valvoline installed a faulty oil filter and she is suing the company. Valvoline said it was aware of her allegations and had no comment.

Ms. Finley, a 38-year-old legal-support assistant, stopped making payments. Santander repossessed the Chevy in 2017 and resold it for $2,400. The lender soon after informed her that she still owed around $27,000, which she hasn’t paid. Santander said it couldn’t comment on a specific customer’s experience.

Ms. Finley currently drives a GMC Yukon with more than 188,000 miles. She bought it from a family friend for $3,500 out of pocket.

She would like to buy another car, but the only loans she has been offered have high interest rates she can’t afford. Her credit reports state she defaulted on her car loan.

Most auto loans are originated at dealerships, which assign loans to a variety of lenders, including banks, credit unions and the finance arms of car manufacturers.

Lenders are typically willing to make the underwater loans, though they often charge high interest rates. Many of the loans are bundled into bonds and snapped up by Wall Street investors.

The added debt can make it difficult for borrowers to stay current. Some 5.2% of outstanding securitized subprime auto-loan balances were at least 60 days past due on a rolling 12-month average during the period ending in June, up from 4.8% the year before and 4.9% two years before, according to Fitch Ratings.

both in their early 20s, wanted to trade in the car they shared for something less expensive last year. The friends, who live in Hawaii, ended up splurging on a new vehicle and moving the unpaid loan balance of $12,500 from an older GMC into a new loan for a 2018 GMC Sierra truck.

The rollover debt helped drive up the new loan balance to more than $66,000. The friends now split the payment of more than $900 a month, which they owe to Pearl Hawaii Federal Credit Union for 84 months. Their old loan was about $500 a month.

Pearl Hawaii said in a statement that the dealership and the borrower worked out the sale agreement. The dealer, Cutter Buick GMC, declined to comment.

The friends have had to cut back elsewhere to pay for the truck.