Latest News
Home /Apple is now worth more than the entire US energy sector: BAML 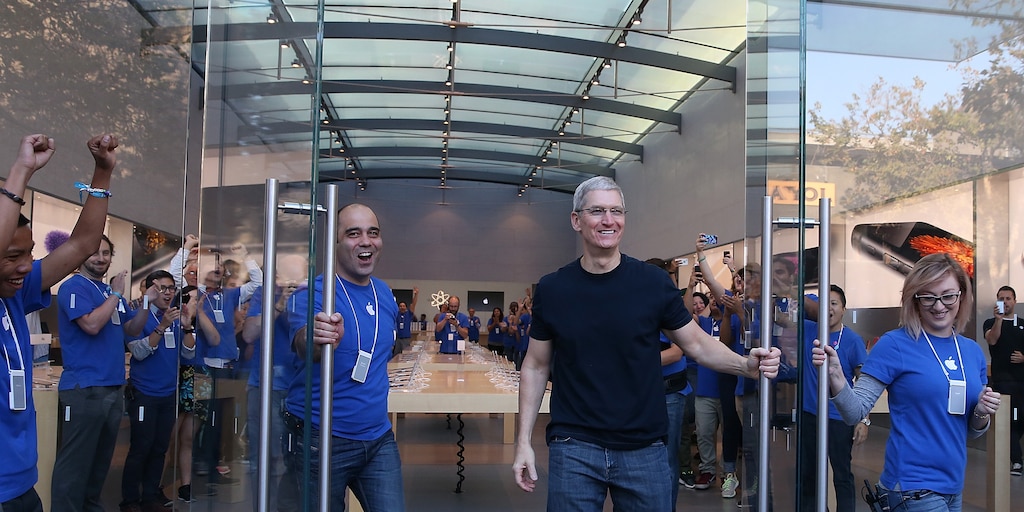 Apple’s post-earnings surge values the company at more than the entire US energy sector, Bank of America Merrill Lynch analysts wrote in a Thursday note.

The company is up about 8% since the October 30 report and posted a record-high close Wednesday.

Despite Apple’s strong momentum through 2019, BAML analysts said it still had room to grow. The tech giant is “on course for 82.6% gain” for the year, the team led by the firm’s chief investment strategist, Michael Hartnett, wrote. Apple shares are up about 66.5% year-to-date.

The analysts also highlighted a euro-denominated green bond Apple priced November 7. The company issued 2 billion euros worth of six- and 12-year bonds, with the shorter-period debt featuring a 0% coupon. Coupon rates describe the rate of interest a bond pays annually, while a bond’s yield is the rate of return it generates for a holder.

The debt offering’s proceeds will be used to develop energy-efficient products and cut carbon emissions in the company’s supply chain, Apple said in a statement.

Apple has 27 “buy” ratings, 14 “hold” ratings, and seven “sell” ratings from analysts, with a consensus price target of $255.83, according to Bloomberg data.

One service allows investors to buy and sell shares of classic cars. These are the 10 best-performing car ‘stocks’ on Rally. 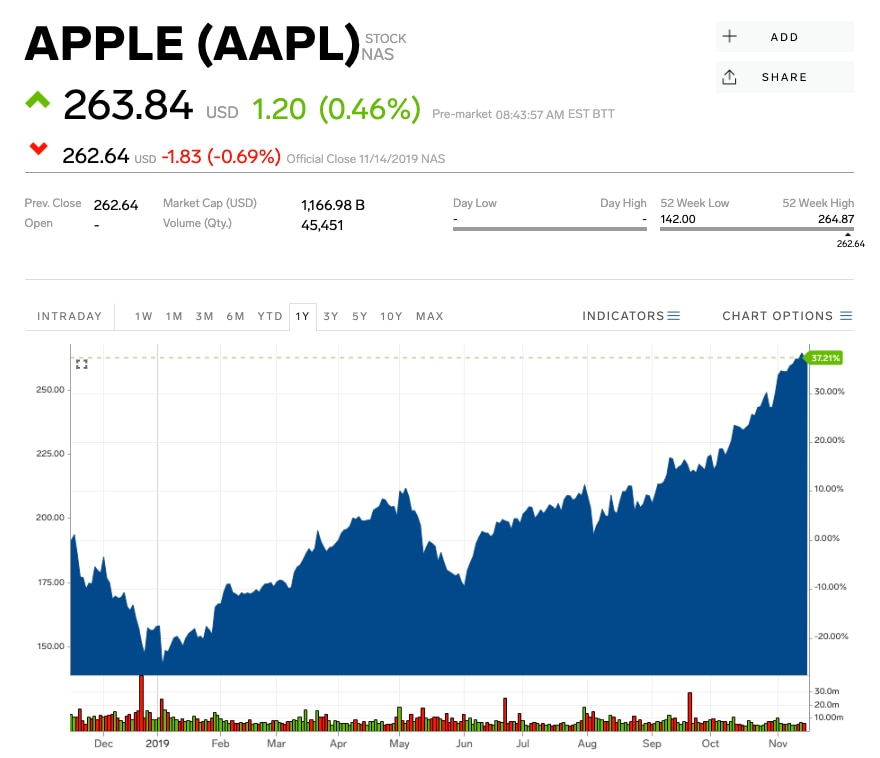