LeBron James wasn’t the only

user who thought Daryl Morey’s tweet supporting Hong Kong’s protesters was misinformed. There was a whole army of pro-China troll accounts that happened to agree.

A review of nearly 170,000 tweets, plus analysis from expert information warfare researchers, shows that Morey was the target of what appears to be a coordinated harassment campaign after his tweet on Oct. 4 set off an international furor and threatened the NBA’s future in the world’s most populous country.

In the 12 hours immediately after Morey’s tweet, the Houston Rockets general manager’s account was flooded with comments from pro-Chinese-government accounts that mentioned him more than 16,000 times, according to an analysis by Ben Nimmo, senior fellow at the Atlantic Council’s Digital Forensic Research Lab.

“It looks like there were humans at the keyboard for many of these posts,” Nimmo said. “This wasn’t primarily a bot swarm. It was a troll mob. Which is a lot harder to deal with.” 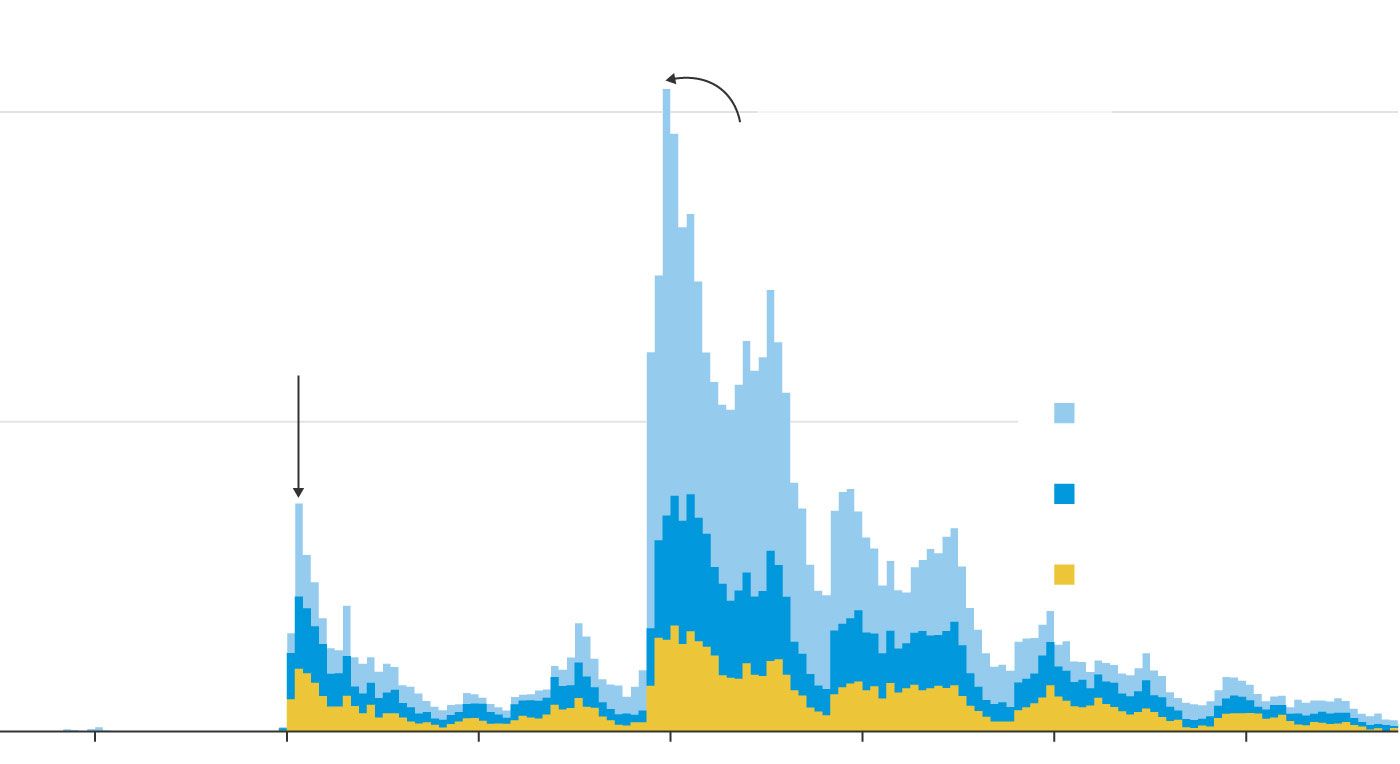 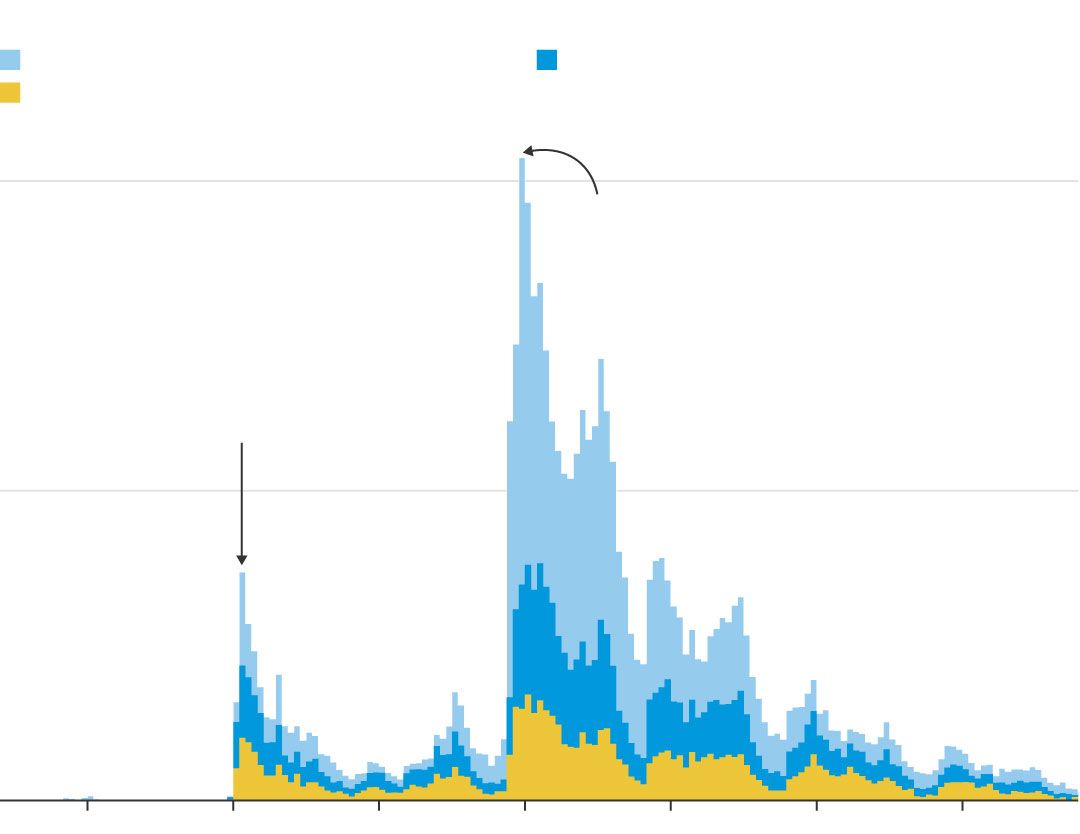 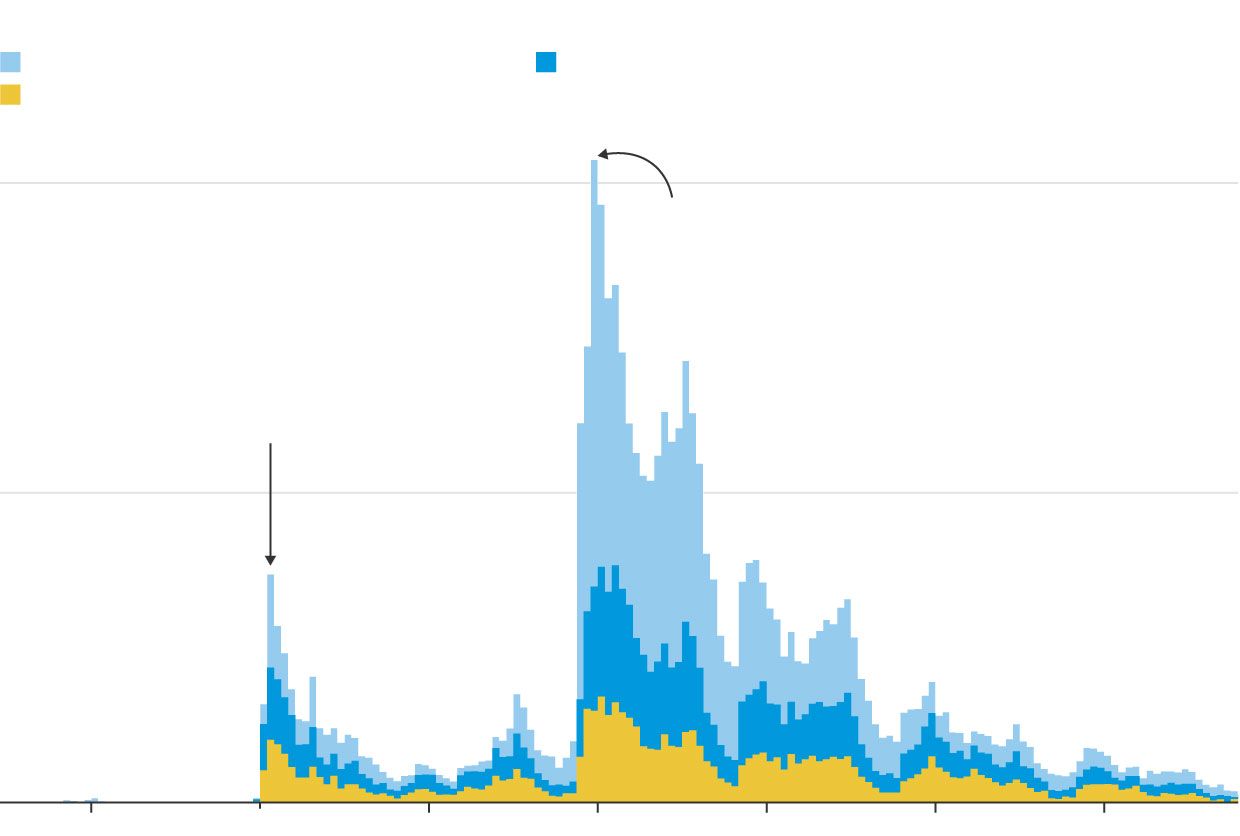 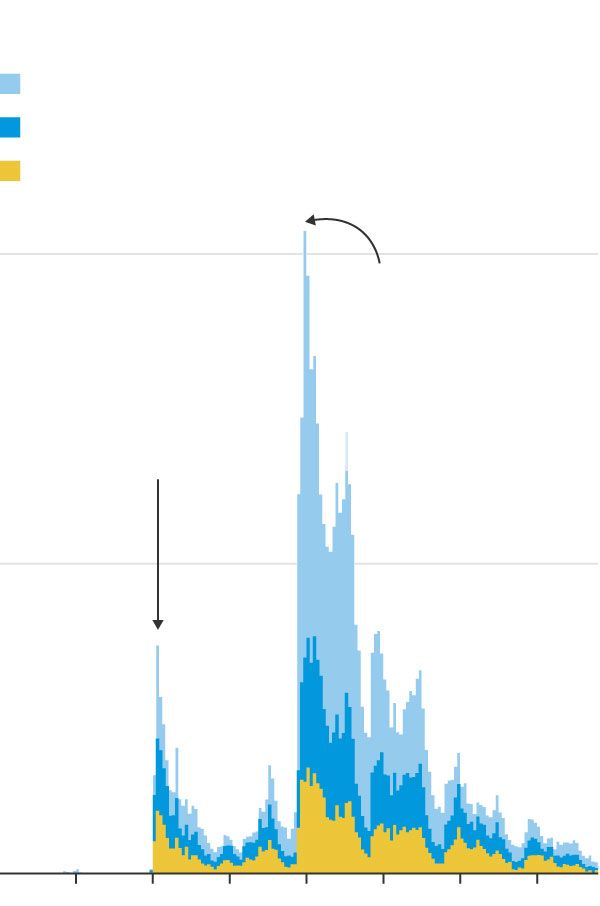 The second tweet Morey says he did not intend to offend Rockets fans or his friends in China.

The Wall Street Journal’s analysis was based on 168,907 tweets at Morey between Oct. 4 and Oct. 10 captured by Clemson University researchers Darren Linvill and Patrick Warren.

Troll mobs can involve orchestrated activity by a group of people who run accounts—and often many accounts. Sometimes they also operate armies of coordinated accounts to supplement their messaging.

At the peak of the troll activity in response to Morey’s tweet, which supported the protesters demonstrating against China’s crackdown on the semi-autonomous city of Hong Kong, the notifications on Morey’s phone appeared at a rate of nearly two per second. More than 4,700 of the replies that swarmed his account included the phrase “NMSL,” which is a Chinese acronym meaning “your mother is dead.” Some of those tweets were accompanied by heart emojis.

“This is a classic intimidation tactic: mass-posting at someone’s account to scream them into silence,” Nimmo said.

Morey deleted his tweet in less than an hour after it had become clear that he’d stoked China’s wrath. But nearly 36 hours later, the powerful autocracy unleashed a delayed wave of economic pressure directed at the Rockets and the NBA. The pro-China trolls intensified their efforts.

Twitter is banned in China, but people can still access the service using a virtual private network, or VPN, which encrypts and reroutes internet traffic. In the past, some accounts have accessed the platform from specific unblocked IP addresses originating in mainland China, Twitter has said.

When it comes to information warfare, China tends to be defensive and engage on issues relating to sovereignty, according to the researchers, while a country like Russia is more aggressive and inflames online discussions of polarizing topics such as NFL quarterbacks kneeling during the national anthem. “They don’t care about Colin Kaepernick,” Linvill said. “They just want you to talk about Colin Kaepernick.”

The objective in this troll attack was likely to manipulate the conversation about the Hong Kong protests, the Clemson researchers said. Of the accounts targeting Morey tweeting for the first time, a high percentage espoused pro-China, anti-Hong Kong propaganda, which defied the pro-Hong Kong rhetoric found in the majority of accounts they analyzed. That suggests it was a concerted effort to make the discourse appear balanced — even if the organic discussion was lopsided against Beijing’s interests.

China’s Ministry of Foreign Affairs did not respond to a request for comment.

Twitter first identified China as a source of a disinformation campaign in August, when the company suspended accounts the company believed to be part of a Chinese effort to undermine antigovernment protests in Hong Kong. In that instance, Twitter took down 936 accounts linked to a “significant state-backed information operation” originating in China.

The company has taken action against some of the most egregious violations of Twitter rules since Morey’s first tweet. One account called “Support the division of the United States,” which followed zero users and had zero followers, tweeted at Morey an image of the World Trade Center crumbling on Sept. 11, 2001. The account has since been suspended.

But of the 100 accounts that tweeted the most after starting with zero followers, 6% have been restricted, suspended or no longer exist, according to the Journal’s analysis.

“Coordinated activity and other forms of platform manipulation have no place on our service,” a spokesman for Twitter said. “We will take enforcement action on any accounts that are displaying these behaviors.”

Linvill and Warren’s analysis found that many of the tweets that appear to be from trolls were repeated verbatim. This is another useful strategy that accelerates the workflow and helps avoid language issues if the operator of the account isn’t a native English speaker.

The types of tweets that mentioned Morey’s account were also revealing: 58% were replies, rather than retweets or quote tweets, according to the Journal’s analysis.

“It’s a mob screaming at him,” Nimmo said, “not just about him.”

There is no American sports league that has reaped the benefits of social media as much as the NBA. Now it’s feeling the consequences. Morey exercising his right to free speech resulted in what might be one of the most expensive tweets in history.

The league is still dealing with the fallout of last week’s crisis. The NBA’s warm relations with Beijing turned frigid overnight. American politicians criticized the league’s response to the situation as it escalated. And none other than LeBron James called Morey’s tweet “misinformed.”

Morey, a prolific tweeter when he hasn’t enraged a foreign superpower, has not tweeted since.

Do you think the NBA handled its China situation correctly? Join the discussion.

—Rob Barry contributed to this article.