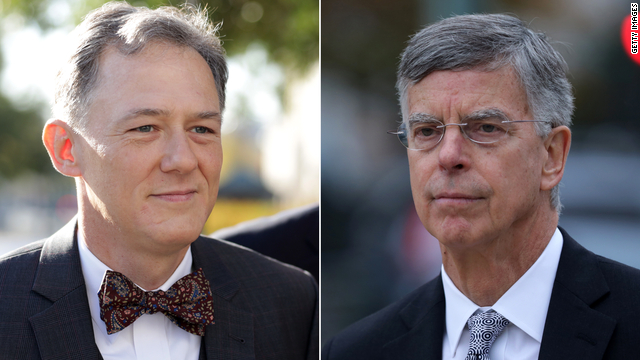 US diplomat Bill Taylor and State Department official George Kent will testify together today in the first public hearing in the impeachment inquiry into President Trump.

An official working on the impeachment inquiry shared a schedule for today’s hearing with CNN:

All times are approximate and will depend on any procedural matters.

Following opening statements, questions will begin: Chairman Adam Schiff and ranking member Devin Nunes (or their designated committee employees) will get up to 45 minutes each, at the discretion of the chairman. They are the only two authorized to ask questions during this round.

Additional extended questioning rounds, at the discretion of the chairman, can be added.

Following this extended questioning, there will be 5-minute rounds of questioning alternating between Republican and Democratic members.

The hearing is expected to conclude between 2:30 p.m. and 4:30 p.m. ET, when the witnesses are dismissed by the chairman.