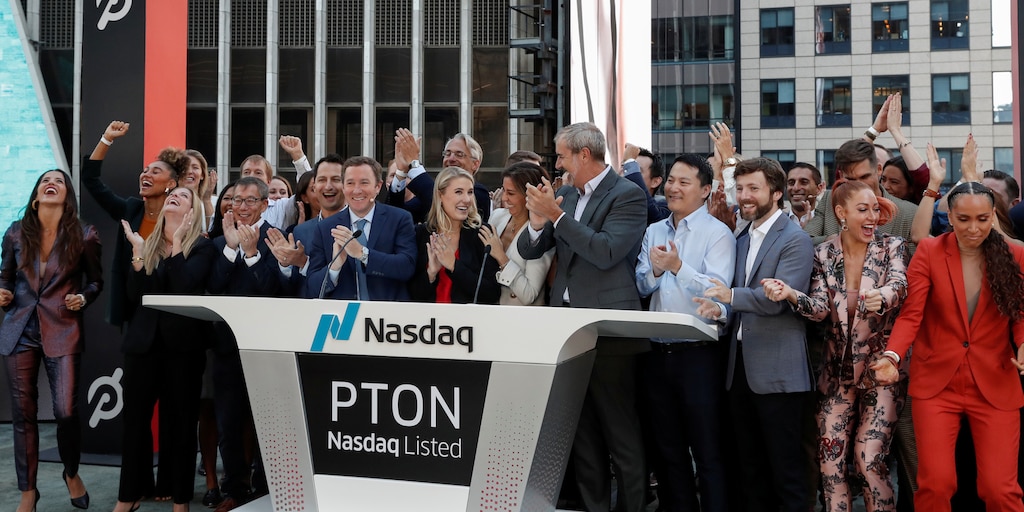 Shares of Peloton opened 6.9% below their initial public offering price of $29 on Thursday, marking the third-worst debut for a mega-IPO since the financial crisis.

The maker of connected-fitness trails only SmileDirectClub (-11%) and ADT (-9.6%) in terms of worst post-IPO open since 2008, according to Bloomberg. The stock remained lower after opening, trading as much as 9.5% lower, around $26 a share.

The company sold 40 million shares at $29 a piece, bringing in about $1.2 billion in new funding for the connected-fitness equipment maker. Peloton’s final pricing reached the top end of its marketed range of $26 to $29 per share.

Peloton has generated $915 million in sales so far this year, more than double its $435 million in revenue in fiscal 2018, according to its S-1 filing. During the same period, the company’s losses also swelled to $245.7 million from $47.9 million.

Read more: JPMORGAN: The threat of Trump’s impeachment will change how investors play defense. Here’s how to keep yourself safe as uncertainty swirls.

Subscriptions are a key driver of Peloton’s business. Subscribers pay between $19 and $40 a month to gain access to live-streamed exercise classes and the company said it has more than 500,000 paying customers. Peloton also makes money by selling its connected-fitness equipment, including its $2,000 stationary bike.

The company joins a long-line of unprofitable unicorns stampeding into the public markets this year. Several money-losing companies are struggling post-IPO, including Uber and Lyft which have both fallen below their offering prices.

Peloton received some criticism after filing its S-1 paperwork because it marketed itself as fitness, technology, media, and logistics company. Its also facing a $300 million lawsuit claiming the company used songs from prominent musicians without their permission or proper licenses.