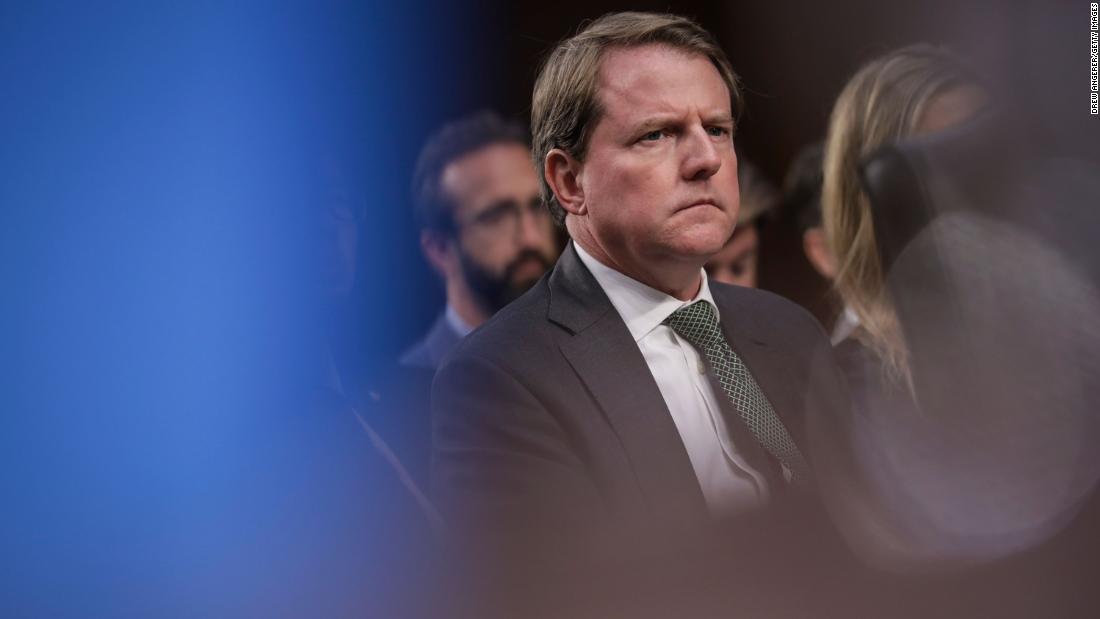 The Justice Department, representing former White House counsel Don McGahn, has now asked the DC Court of Appeals for a pause on his testimony while he appeals.

They asked for a similar pause from the district judge who ruled against McGahn and the White House’s assertion of immunity on its officials earlier this week. The district judge has not decided on the state so the appeals court may need to step in.

Justice has asked for both an administrative stay, which would help them immediately, and for a stay that would keep McGahn from testifying until the appeals court fully decides the case.

What this means: DOJ would need a pause so as to avoid him having to testify as soon as a week from today or be held in contempt of court. (Both of those things are unlikely to happen next week—a stay is likely)

What this is all about: A federal judge decided on Monday that McGahn must testify to the House of Representatives in its impeachment probe, marking the first major ruling about House witness testimony during the Trump administration.

“However busy or essential a presidential aide might be, and whatever their proximity to sensitive domestic and national-security projects, the President does not have the power to excuse him or her from taking an action that the law requires,” Judge Ketanji Brown Jackson wrote.